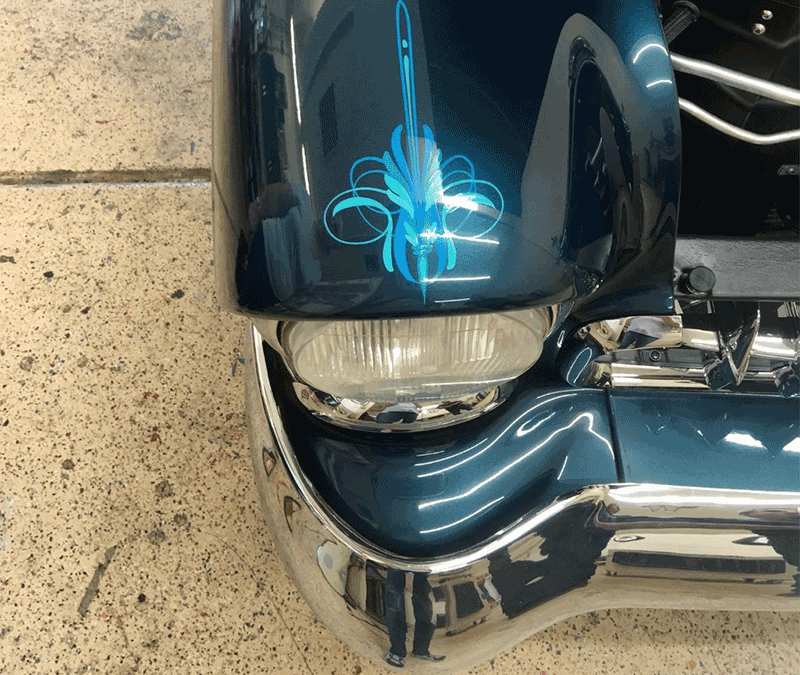 Tom Hillmer’s 1955 Chevy will be at The Spring 2022 WestWing Classic. Read his story of how the car finally made it to where it is today and than visit it in person on February 26th!
-Dave

As most of have heard, there a lot of bad luck stories when it comes to purchasing a car on eBay. Mine is no exception but it did not end then! I was already into another build just prior to the ‘55 purchase, so I needed a car since the ‘59 Vet’ was turning out to be a multiyear build (that is another story for a different time), and I wanted something cheap to drive.

I went on line and found what I thought was a great buy. There were dozens of pictures on the body and drive train and a few of the engine. The seller said only part of the wiring needed to be replaced. Well, all the wiring needed to be replaced and since that job was farmed out, I thought I would add disc brakes up front since, it was 396 motor. Those jobs took a lot longer than I thought but I had it back and was ready to go to car shows. I was so proud to take it to a show. On the way home on a side road though, I put my foot into it and off it went. Well, it went, straight to the tow truck that arrived to take me home. I dropped it off at a friend’s shop who checked out the engine and found that it had 2 cracked rods and a cracked piston amongst other things. Who knows why it even drove to the show?

As it happened, I had purchased a lot of parts for the Vet’ since it had turned out to be a frame-off build. Since I could not afford two builds at one time, I started to take parts from the Vet’ to use on the ‘55. After the engine was opened, we checked everything mechanical and found out everything, and I mean everything, was worn out. If I had to do it again, I would not do what I did. After some sole searching I decided to use the 383 stroker motor and tranny I purchased for the Vet’. I pulled the motor and sold the block and then the roof fell in. Because of the way the previous owner installed the motor everything on the fire wall had been moved. So, the firewall needed to be modified, the steering moved and nothing seemed to fit very well. The cost kept rising. Every time we worked on something some other issue came to light. I wanted to complete the frame work before I did any other work. The 400 tranny that was in it was attached to the tranny support and the support itself was made of ½ in steel plate. You ever try to cut ½ steel plate with shop tools? After numerous grinding disc and gas bottles. My friend took the job from me and cut the frame and then re-patched it.

After removing the tranny and its support my friend said we needed to purchase a new rear axle. No way! I did not have the money, but I did have a ‘59 Vet’ axle and after measuring it, it was the right length. Only had to relocate the perches and that was done. Since I was already too deep into my pockets, I decided I should just postpone the Vet’ for even longer and build the ‘55 so I could have a good car for several years. We installed sound deadening material, new instrument gauges, power steering rack and pinon, AC unit and new seats and console. But I decided I did not want to use the 383-fuel injected motor or the T56 transmission. So, I purchased a SB crate motor from Chevy and a 700R4 to have good cruising speed. Sounds like a happy ending since it took 3 years to get there and after that it was just the usual stuff with the usual tire/wheel changes and standard maintenance and a very small oil leak I could never find.

Fast forward to February 2020 and a pickup truck backs into the driver side of the 55. Next thing you know, the driver’s insurance would not pay for 3 months and then Covid, which caused the shop that was doing the repair and painting to go out of business. Then the last straw, at least I hope so, the car was dropped off at my home in February 2021 when the shop owner left the state for a new career. I found another shop who would take over the job and got the car back last summer (2021). 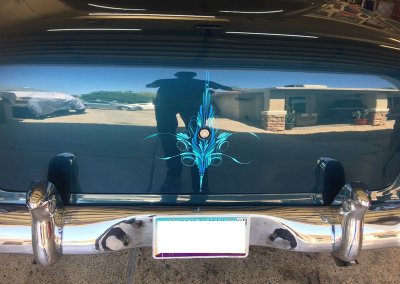 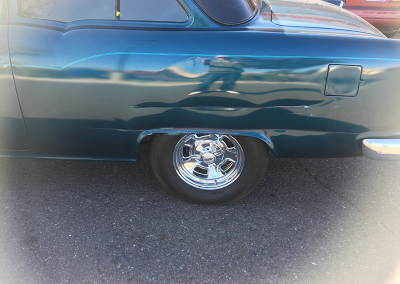 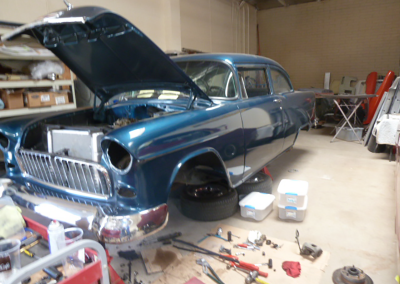 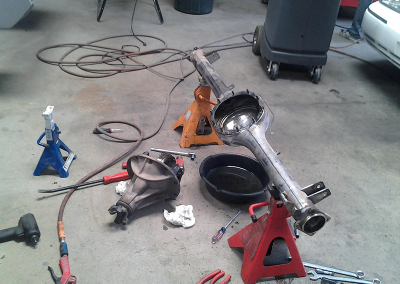 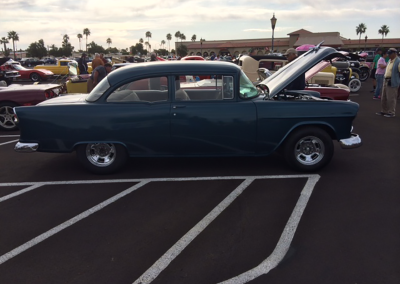 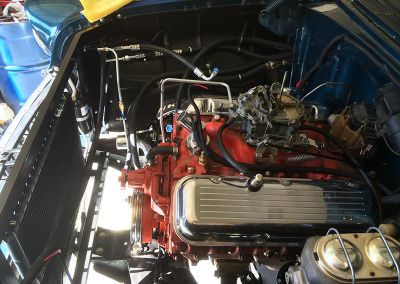 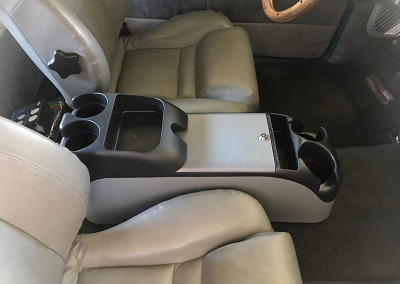 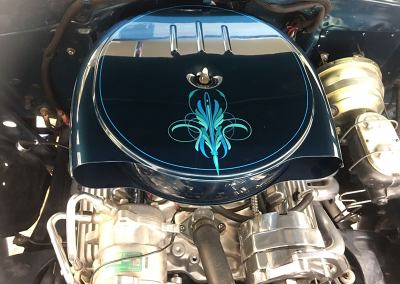